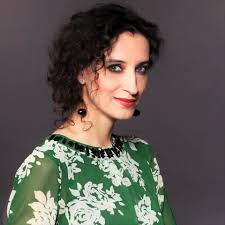 Jordana Palovičová has studied piano at the Conservatory in Bratislava (with Juraj Mašinda), at the Academy of Performing Arts in Bratislava (with Daniela Varínska), at the Royal College of Music in London (with Yonty Solomon) and at the Musikhochschule Lübeck (with James Tocco). Between 2002 and 2004 she held the DAAD Scholarship. She has also participated in a number of international masterclasses studying with Lazar Berman, Györgyi Sándor, Eugen Idjić, Jan Wijn, Aci Bertoncelj, Marián Lapšanský, Peter Toperczer.  Currently, she is an Associate Professor at the Department of Keyboard Instruments and Church Music of the Academy of Performing Arts in Bratislava.  She gives regularly masterclasses and lectures. She has won awards, as both a soloist and an accompanist, in a number of national and international competitions such as Slovak Conservatories Student Competition, Virtuosi per musica di pianoforte, Johann Nepomuk Hummel International Piano Competition, Concertino Praga International Radio Competition, Talent of the Year, Chappell Gold Medal Competition, Antonín Dvořák’s International Singing Competition. In 2016 she received the Ján Cikker Prize for active promotion of composer´s work. Her recordings have appeared on MUSICA, Music Fund, Pavlík Records, Slávik Slovenska, Experimental Studio of the Academy of Perfoming Arts labels, Slovak Radio & Television, Czech Radio & Television, Norddeutscher Rundfunk.

A frequent visitor to Levoča both as a soloist and and ensemble musician, we welcome Jordana back for the 14th Indian Summer in Levoča Festival.