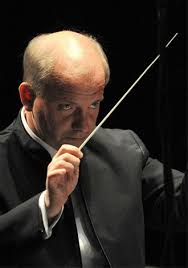 Theodore Kuchar is the Principal Conductor of the Slovak Sinfonietta. Mr. Kuchar appears on over one hundred recordings for the Naxos, Brilliant Classics, Ondine and Marco Polo labels. We welcome the return of Maestro Kuchar for the 2020 Levoca Festival.