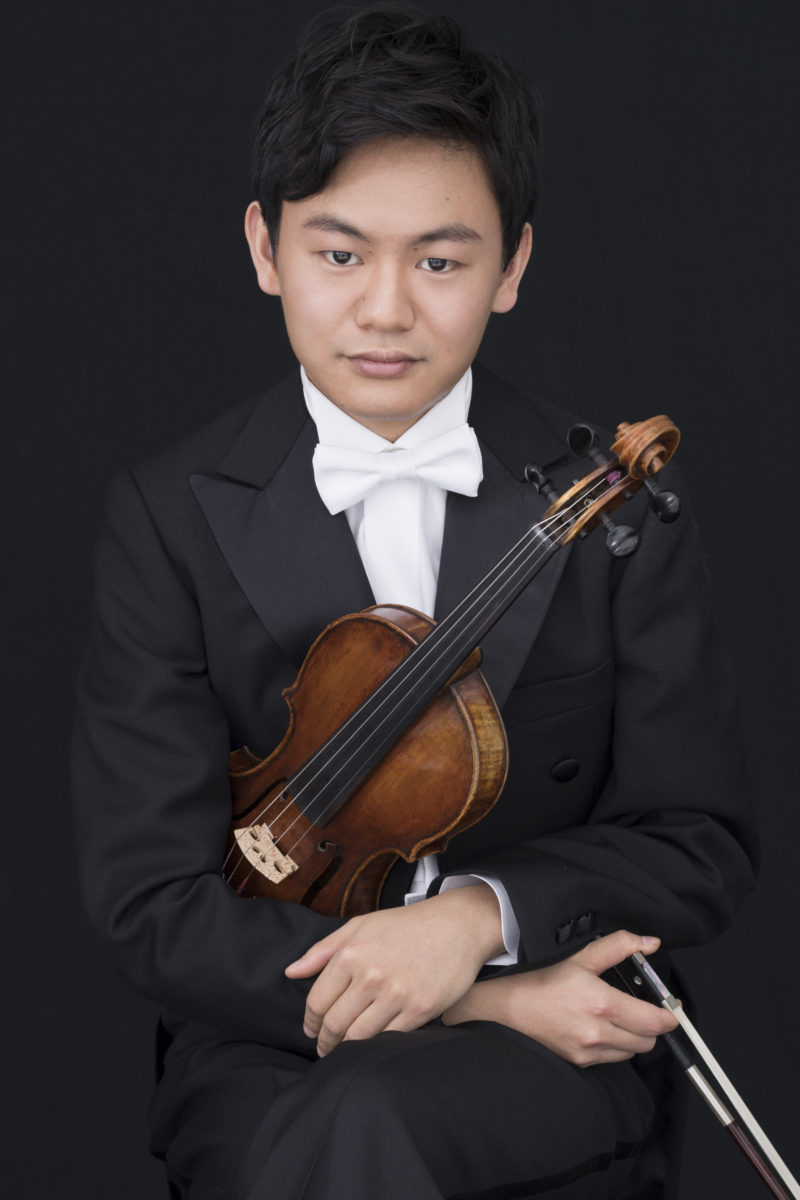 Born in Tokyo in 1992, Arata Yumi began to play the violin at the age of four.

His prize-winning success at the 14th Henryk Wieniawski Competition in 2011 – including the youngest finalist prize- brought him to a number of engagements at international concert halls, such as Tonhalle Zurich, Suntory Hall and Lysenko Hall.

In March 2015, he made his debut in Taipei with the National Symphony Orchestra of Taiwan with Xian Zhang and performed Sibelius’s violin concerto at short notice to replace Midori Goto.

We welcome Arata’s return to Levoca to perform orchestral masterworks of Beethoven and fascinating works for violin by the French group of composers, ‘Les Six’, in which he will be accmpnaied by Nathanaël Gouin.